Photo by Ian Schneider on Unsplash

Starting Up - Escape Room Entrepreneurs and their work-life balance

Ask somebody who is just starting up an Escape room what they do in their spare time and you’ll likely get a very quizzical look - that is if they have time to turn around and consider the question. So when I asked a question like this I wasn’t sure what sort of response I would get:

“Hi – I’m writing an article about work life / balance for people who are starting up new businesses and escape rooms. I was very aware when I started as a GM that the people who had begun the escape room had been working non- stop on it before that. And because Escape Rooms are entertainment that stretches over weekends and evenings how do you keep from getting burnt out? If you’ve got any experiences you would like to share, or would like to be interviewed please do contact me”

In fact I received some very interesting and in depth replies to my question from some of the owners of the foremost Escape rooms in the UK, so I will try to do justice to their answers.First of all though, some background as to work life balance in any small business. 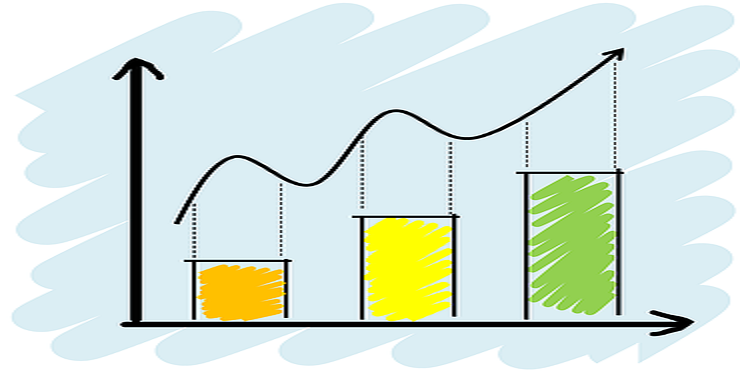 Small businesses, of which Escape Rooms form a portion, are growing in number - more people are taking the plunge. There were 5.8 million at the beginning of 2019, an increase of 3.5% over the previous year which is over 200,000 new businesses{UK Small Business Statistics | FSB, The). And while the 1500 plus Escape Rooms in the UK is quite a small number in comparison, that is from a base of about 40 in 2014 - so growth in the 1000s percent.

In 2018 The Logic Escapes Me, an escape room blog (well worth checking out for its Escape Room reviews and other articles), the author Ken’s post Analysis of the UK market – 2018 reports 1139 escape rooms, an increase of 42% on the previous year. Things are slowing down a little, but that’s still double digit percentage growth. The market and the appetite for escape rooms is still expanding, if at a slightly slower rate.

With this growth in small business comes another less happy statistic:

“Personally, one of the major things that helps avoiding burnout is that I genuinely love the job, and love running rooms.”

All the Escape Room owners who I contacted spoke of their passion and excitement for their rooms - but this was no magic bullet to ward off the effects of stress and long hours. Jolyon above said it does help to have great staff so that you can take off at least one weekend a month - and it pays to be able to adapt your sleep to fit around a noon to 9pm or later working day.

Amongst all the entrepreneurs (and Escape Room owners) telling of 60 / 80 / 100 + hours a week there’s an interesting comment from Natalie Riso in Business News Daily , who speaks on and works with entrepreneurs

You can interpret this in two slightly different ways - either to mean that you can work less hours if you work smarter - which might be true, or, you can work long long hours but if you are working efficiently and getting the output you require then that will be a way of staving off some of the stress and burn-out. Success is always a great motivator!

With that in mind I spoke at length to Hannah Duraid, sometime Yorkshire Entrepreneur of the Month (see Inside Media Limited) who founded, and still runs The Great Escape Game.  Hannah spoke to me about the challenges, the rewards and the downsides of having a very strong work ethic and keeping going for long hours and making it happen!

Hannah Duraid of the award winning Great Escape Game, runs a number of Escape Rooms in Sheffield and Leeds - around twelve in all, along with a new partnership venture with the Royal Armouries Museum in Leeds. She spoke to me about starting out with their first room, five years ago and the roller coaster of a ride that ensued from then to now.

In common with many owners from the earlier days Hannah had enjoyed playing an escape room while travelling in Asia and had recognised that there wasn’t very much going on in the UK. She ‘d searched for an Escape Room to take a friend to for a birthday treat, and had been a bit disappointed by the quality of the experience - but her friend was enthralled despite the rather lacklustre and shoved together room they had done.

That set her thinking that she could do better - and then doing. Within a month or two she had found a cheap room in a short-life building in Sheffield, and had a small team around her to get things off the ground.

So far so good - but she was also teaching full time (like many entrepreneurs she kept going with her dayjob - full time teaching) and just worked with the new project on top. That meant long evenings and weekends, fast food late at night, up again for the day job in the morning.

She says it was exhausting from the start - but it was successful and within a short time she realised that there was a strong demand for another room, and then another… until they had four rooms up and running in Sheffield. Her life, and that of her colleagues was crammed with the nuts and bolts (literally - the local Screwfix store knew them all by name) of creating puzzles and decor and reception areas, websites, advertising.

Things don’t stop there when you’ve got a growing business like this - there’s all the finance, the hiring and staff issues as well. Hannah says that alongside the incredible buzz of energy she began to get unwell - it’s a very difficult balance to manage.

Starting up a new business like an escape room is going to take over your life no surprises there, and perhaps it is inevitable in the short term. What might be useful for others is knowing how the successful entrepreneurs managed to get off the treadmill and achieve a better work- life balance. There are two things to consider - the “how” and the timing. For Hannah she left it so long that she says she began to become ill - but she said the sheer thrill and excitement of expanding and building new rooms kept her going.

It is only now that, while still fully involved, she has been able to take a step back and not spend all her time on running the rooms. As for the how, she said that as you build a trusted staff group people do emerge with the abilities to manage, and it is doubly satisfying to have home grown talent running your business, as well as being a known and trusted quantity.

I asked her if she would have done it differently if she had started again? She said, thoughtfully, she wasn’t sure she could have done it any other way. What she did advise though was taking all the help that is offered on the way, from things like Business Enterprise Units and the like.

I made contact with some other owners to see if other people had done things differently. But I tended to get answers like this: Lewes Hunt of  award winning The Escapement  said

“Ploughed myself into it, didn’t have a day off for 6 months solidly and neither did my partner.”

That being said after that intensive six months he and his partner had built a reliable team to look after things on the ground while he focuses on growing the business.

This was a common theme - building a strong enough team to look after the running of the Escape Rooms so that you can take a step backwards once everything has been set up.

Phil Harris from Pier Pressure in Brighton, another highly successful group of Escape Rooms, said he only took a half day off every three or four weeks in the beginning, but growing a strong team has allowed to him to reclaim his weekends.

For Andy Dunn, who runs Clued Up Escape Rooms there was a similar pattern. After a very intense six months, working all the hours all week, he made the decision to close one day a week, and promoted a staff member to manager to run things when he isn’t around. As he said the bottom line was that I was revving along at 110 mph, now I can slow down to 100mph and maybe even get a holiday in there somewhere!

I asked a few people who’d spoken to me about the pressures above how would you have changed what you did.   Most thought for a while and said well I don’t think I could have done it any other way?

Rest assured Escape room owners are as driven as any other small business owner, perhaps more so because they have this love and enthusiasm for what they do. Often they have come from high pressure jobs in completely different environments, so they know how to work hard. But that does not mean they are immune to the stress and health concerns that can beset anyone running their own business.

It became clear from all the conversations I had that building a trusted staff group with individuals who can be relied on to run your Escape Rooms for you is key - and the sooner the better for your exhaustion levels. This does beg the question of how to recruit and how to develop your employees and suggests that having the skills to attract and keep good staff is essential not only for your room but for your own well-being as an owner.


Be the first to hear about our next blog post

Bill Parslow is an escape room GM, writer and storyteller. Being a game master/game show host ticked a number of his boxes and he still rather enjoys it.

Bill is Tom's dad (the Founder of Buzzshot) and it was his experience working in a local Escape Room that led to Tom developing the Buzzshot software.

The Benefits of Using an Escape Room Waiver Software

Quick question: How are you collecting feedback from your players?

Escape Rooms in England: Be contact tracing ready when you re-open

This article is written for Escape Rooms in England, but it may …